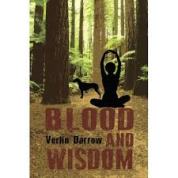 Aria Piper and Karl Gatlin go way back. They were both interns at a counseling center over ten years ago. Karl decided he was better at being a private investigator than a counselor. Aria has a private psychotherapy practice and runs a spiritual center. Some have called it a cult, others have called it a religion but those who are adrift in their lives see it as salvation.

Someone starts threatening Aria, so she calls on her old friend Karl to check it out. When a headless dead body shows up on her property, Karl jumps into an investigation that involves much more than he expects.

Bodyguards and global gangsters bump heads and draw guns. Everyone Karl encounters seems to have secrets in their past and deadly problems now. He has to dig deep, using all of his PI and psychotherapy training to find out who the bad guys really are before anyone else dies.

Karl’s part time sidekick is Larry. He is a shared custody dog, and both Karl and his ex-wife love and want him. I wanted Larry. At times I would almost forget he was a dog because he acts just like a human, except most humans don’t bite others to help defend those they love.

Blood and Wisdom is a fast paced thriller with as many twists and turns as Lombard Street. The plot is intriguing. Wrapped around the mystery are the intricate workings of the spiritual center. There are very interesting practices and beliefs that are touched upon. I love learning new things, and this book taught me new things that I wanted to learn more about.

All of the above makes Blood and Wisdom a fantastic read, but wait there is more! Darrow writes spot on descriptions and conversations. He drops in gems such as “If my mind was a magic eight ball, hers was a tilt-a-whirl”. Twelve words tell the reader exactly where these two characters are coming from.

If you are a fan of Tim Dorsey, you will like Verlin Darrow. His humor is very reminiscent of Dorsey, not quite as outlandish, but very amusing. I love the one liners tucked into the story. This is the first book he has written, so snatch it up now so you can say you were one of the first to discover this fabulous new author.

DISCLOSURE OF MATERIAL CONNECTION: I have a material connection because I received a review copy that I can keep for consideration in preparing to write this content. I was not expected to return this item after my review. Copyright © 2018 Laura Hartman