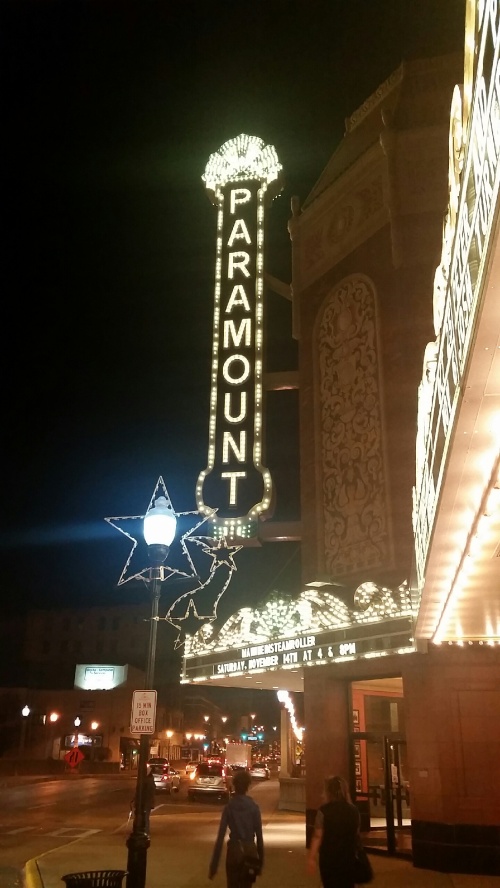 We went with our best friends to the Mannheim Steamroller Christmas concert at the Paramount Theater in Aurora, IL last Saturday. If you read yesterday’s post I talked a bit about it, but was so focused on the sock incident I decided to wait until today to talk about the actual event.

Let me say first of all that I love Mannheim Steamroller Christmas songs. The band meets orchestra sound is very pleasing to me when it is the carols I know and love. But, when it is music from their “Fresh Aire” albums that is a different story. It isn’t rock, it isn’t big band, it isn’t an orchestra and it just isn’t for me. The crowd loved it and that is great. I am thinking the audience on Saturday would have mostly hated the Foo Fighter concert so I can appreciate different strokes (or music) for different folks makes the world go ’round.

What I did  enjoy was spending time in my favorite theater. The Paramount Theater was built in 1931. The Art Deco style has been beautifully refurbished and an addition was completed in 2006. 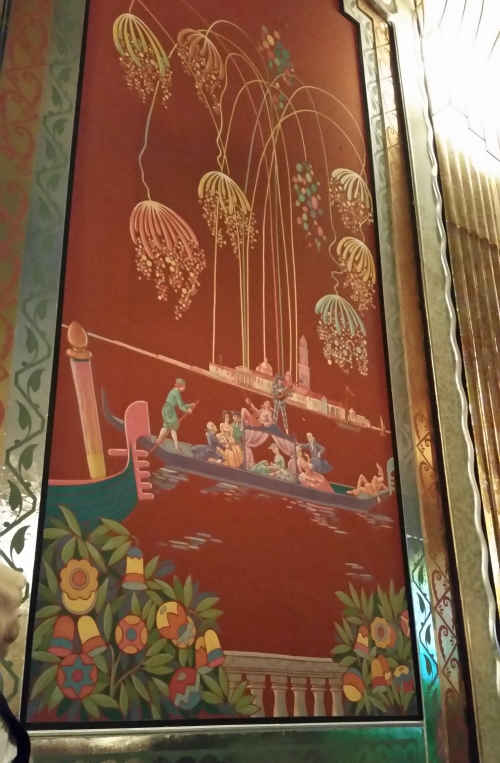 This is one of the murals on the side walls.

This is one side of the ceiling and part of the balcony.

It always makes me nostalgic to attend events at the Paramount because it is the first theater I remember going to when I was little. My aunt took me to see the new Disney movie “Mary Poppins” there when it was released.

In the early 1980s my middle sons were in a summer theater program and performed “The King and I” before a sold out audience. I worked behind the scenes helping all of the “king’s kids” with make-up, hair and costuming.

So even though the show was not quite what I expected.  the theater was fabulous, the time spent with friends priceless and the evening filled with laughter and song. It was a great way to spend a Saturday night.