We don’t write in a bubble — we write in the world, and what we say is influenced by our experiences. Today, take a cue from something you’ve overheard and write a post inspired by a real-life conversation. Revisit a time when you wish you’d spoken up, reminisce about an important conversation that will always stick with you, or tune in to a conversation happening around you right now and write your reaction. Take time to listen — to what you hear around you, or what your memories stir up.

Funny that yesterday’s post was supposed to be about overhearing a conversation. No fodder for me at work, I spent most of my day at my desk, lunch with a vendor in a surprisingly quiet restaurant and an emergency trip to the hospital with my dad that lasted until almost 10 p.m.

By then, I was toast, so I today I was all ears. Late this afternoon I got the golden ticket. One of my good friends stopped by my desk to ask me if I heard about the warehouse guys in one of our other branches calling one of the techs by the wrong name. This has been going on for at least 6 months.

We have all had someone mispronounce our names. Or call us by someone else’s name. I am notorious for calling my sons by the other son’s name. Sometimes I just run all three together NickMarkJer and let them sort out who I am talking to. For extra measure, I have been known to throw in the dogs’ names also NickMarkJerIndyMea…you get the idea. 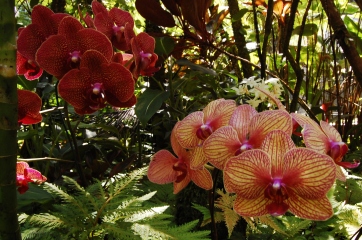 Our new puppy’s name is difficult for people who see it in print. It is Mea (pronounced May-A) short for Kamealoha which means beloved one in Hawaiian.

Anyway, back to my co-worker’s name. First I have to stop and explain that the techs are on call all hours of the day and night. Our warehouses fill all the orders during the overnight shifts so our trucks are ready to roll out to customers first thing in the morning.

One of the newest techs is a very kind, thoughtful and hilarious man. We laugh and joke frequently, so at first we thought he was kidding us when he explained about a couple of coworkers in another state frequently call in the middle of the night waking him up to have him restart a printer or release a job. That is standard operations for techs. When his wife answered one day last week, they ask to speak to Thisiserfan. When his wife asked he what was going on, he merely replied that they call him that because that is how he answers the phone. “This is Erfan”. 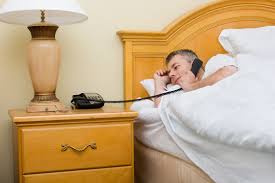 Before you make any assumptions, rest assured he has little to no accent of any kind and doesn’t speak particularly fast. He is so kind he hasn’t mentioned that they are incorrectly calling him the wrongname. So, being the casual people we are, we decided t0 shorten his new name to This. From now on This will be our inside joke name for him. He was laughing so hard he was doubled over. We would never do anything that would hurt his feelings, so we were happy he liked his “new” name. He is a co-worker and a friend.

So, what IS in a name? Names can be ordinary, unusual and misunderstood. Too bad everyone can’t respond like This. He is one classy gentleman and co-worker.

Tagged as kindness, life at the office, work, Writing 101